Are You Just Open for Business or in the Business of Changing Lives?

The trembling in his voice was apparent and you could see the flush steadily rising up his neck and appearing on his cheeks. By his own admission, he had only been in this position for two weeks and it was apparent the demands of his job were beginning to weigh heavily upon him. The young man was charged with providing exceptional service to all he encountered, but for some reason he was having a difficult time that day. I watched and overheard the conversation between a patron and the young man’s manager who was critiquing his performance. The manager made it very clear the young man was performing poorly and had to improve or else! While the case could be made that this was true, I was more taken aback by the leader’s disconnect that the follower’s performance began and ended with him (the leader).

You see, Path Goal Theory suggests that a leader is responsible for removing any and all barriers out of the way of their followers so they achieve success. Instead, this leader was placing all the blame squarely upon the follower with no mercy. This is a lose-lose scenario for both the leader and follower due to fractured relationship, diminished morale, and lower productivity. As an alternative, the leader should have owned the follower’s challenge and helped them improve, rather than blame them. This would have created the greatest pathway for a positive outcome.

How do you make sure you are not passing the buck to make yourself look good at someone else’s expense?

#43 Special Father’s Day Episode: How To Give Your Children the Blessing of Legacy! [Podcast] 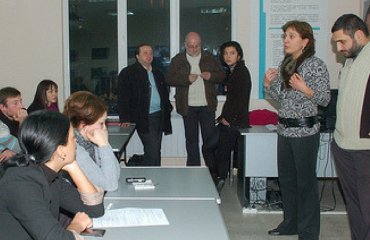 How Leaders and Followers Can Win, When Imitation is the Driving Force